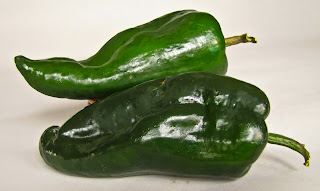 March Madness, it might mean NCAA basketball to you - Sweet Sixteen, Final Four, and all that - but around here it means cleaning out the freezer. Every year a mental lightbulb clicks on in March, a reminder to inventory the freezer and plan meals around whatever turns up. This year was even more challenging than usual.


I admit to being an enthusiastic grocery shopper, always tempted by bargains in the meat department.  And as a result the freezer held far too many frozen treasures. Could we eat our way through all of this before moving aboard the boat in mid-April?


The four freezer shelves were marvels of neatly wrapped/labeled/dated packages, each shelf well organized by content. Fruits and vegetables on the top shelf; butter, bread, tortillas and puff pastry, etc. on the second shelf and so on. Surveying the bottom shelf I found steaks, chicken pieces, ground lamb, pork chops, pork tenderloin, pork shoulder, bacon, ground pork, chorizo sausage… hey, what’s with all of that pork?


Near the end of the month the task looked promising, with fewer packages and a lot of empty space… except for some pork, still lurking there, on that bottom shelf. Chili Verde to the rescue. It’s good as a stand-alone meal, terrific as a taco or enchilada filling, and has filled an omelet or two. Any leftovers could be frozen and travel to the boat with us, arrival dinner or something.


I'll share the base recipe, but confess I frequently adjust it. I should also 'fess up to a total lack of photos. I sliced, chopped, sauteed, stirred and simmered without a single picture. We ate it once, twice and then again without one shot. Maybe next time.

1. Roast tomatillos and chiles on baking sheet, 4 inches below broiler, until dark – about 5 minutes. Roast on other side. Cool, remove seeds & stems, then transfer everything to a blender, including all juices. Process until smoothly pureed.

3. Reheat the Dutch oven over medium heat, pouring off all but 2 tablespoons of drippings. Cook onion, stirring regularly, until golden. Add garlic and cook a minute longer. Stir in the spices and cook until fragrant. Raise heat to medium-high, and when oil is really sizzling, add tomatillo puree all at once. Stir until noticeably darker and very thick. Add 2 cups broth and the fresh cilantro. Taste and season with salt, usually 1 tsp. Stir everything thoroughly.

4. Snuggle the browned pork into the warm sauce, cover pot and simmer over very low heat. Cook for 30 minutes. Salt and pepper to taste. Taste again and add peppers (or green salsa) for desired heat level. Cook uncovered for another 30 minutes, stirring occasionally and adding more broth as needed.

5. Serve with white beans or rice, topped with cheese, etc.

Note: the sauce alone is also terrific with burgers, chicken and fish or as a topping for enchiladas.