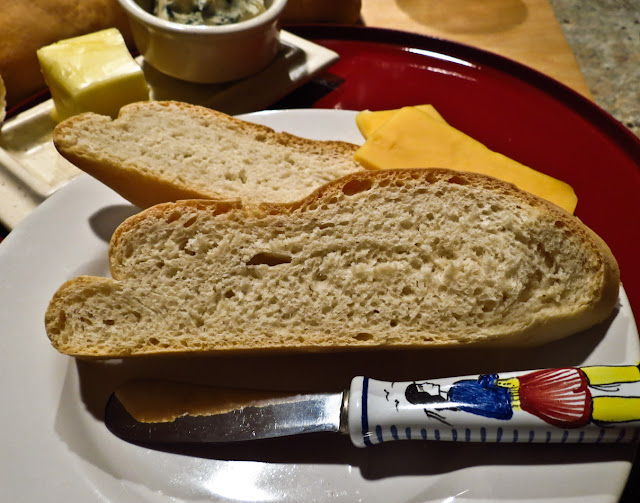 It's a new year, a new month and a new #TwelveLoaves baking challenge.


"Bake a bread, yeast or quick bread, loaf or individual. January #TwelveLoaves is all about a clean slate. After the holiday indulgences, we are starting the year with simplicity. If you’ve been wanting to bake with whole grains and other flours, this is the month to try something new! Share with us your favorite basic bread recipes. Let’s get baking!"


All right! an excuse to bake bread - as if I needed an excuse. For years I've been intrigued by the notes about Bear Paw Bread, a loaf attributed to the pueblo Native Americans in New Mexico. Baked in adobe ovens, not sizzled in lard like Navaho Fry Bread, Bear Paw Bread is reported to be crusty, easy to make, delicious to eat and impressive in appearance. Loaves are shaped to resemble a bear's paw... really? Google and Yahoo failed me: a search yielded not one single image of Bear Paw Bread, although pastry Bear Claws were well represented.

When in doubt, follow directions. So, on the first loaf I slashed the dough twice, as directed, to form a paw shape... hmmm, that didn't look much like a bear's paw. The second loaf sported three slashes... better, but bears have more toes than that. Check out the impressive claws on the grizzly bear from Red Bluff Bay - those claws were impressive when viewed from my kayak! 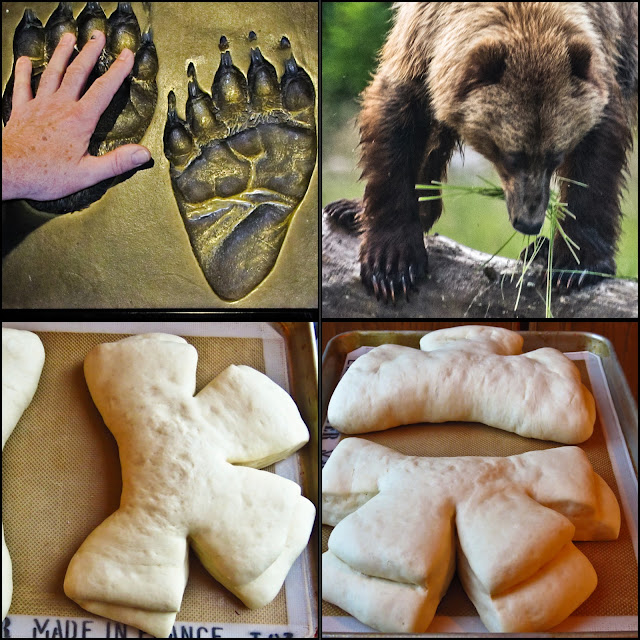 This recipe produced a simple/basic white bread loaf, with a potentially interesting appearance. Shaping better loaves will take more practice, but the bread was flavorful enough to ignore its funny appearance. The crust was crunchy, the crumb open enough to soak up butter quite readily, and the first loaf disappeared quickly (always a good sign). 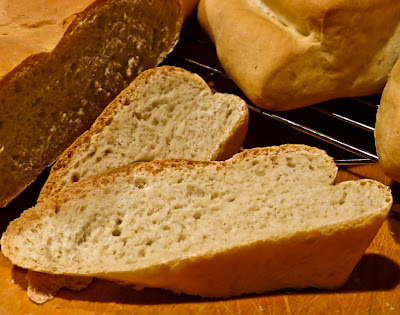 I relished the bread fresh, still warm from the oven, slathered with butter and sprinkled with a few grinds of sea salt. RL enjoyed his first slices buttered and covered with cherry jam. On day 2 the toasted BP bread was a delicious base for melted cheddar, a scattering of Rogue Creamery Blue crumbles and even a slather of whipped pecan/honey/orange zest butter. 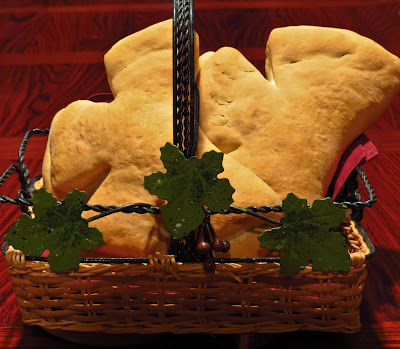 
Now check out the other #TwelveLoaves recipes for January 2013.