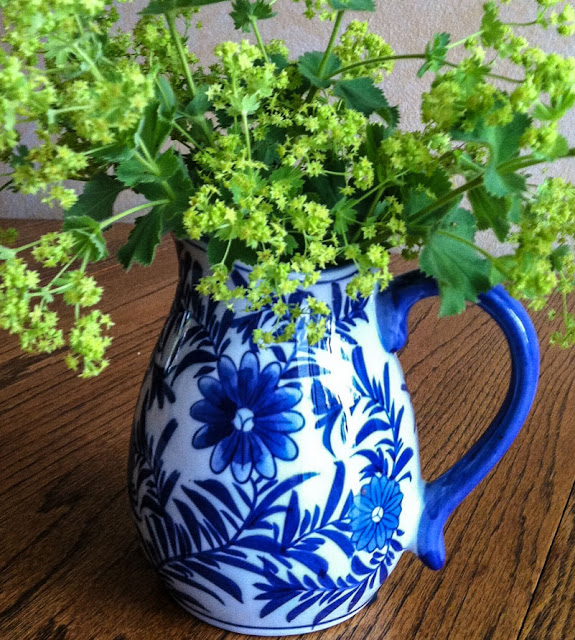 It seems life is busy for everyone we know, packed full of important must-do and want-to-do things that fill up the calendar and keep us all going in different directions. Today we enjoyed a pause in the activity and lingered over brunch with some neighbors. The menu was simple, much of it prepped ahead of time, and offered variations of a few old favorites. My goal was to enjoy interesting company and good conversation, not to spend ages in the kitchen fussing over complicated items.


Awesome Sticky Buns are RL's favorite breakfast treat, but I rarely bake them unless we can share a large batch with company. This familiar recipe was reworked last night on an emergency basis - I ran out of brown sugar to sprinkle inside the dough before rolling it up. Drat! I did not want to drive to the store again. Hmmmm, white sugar with cinnamon could substitute, but it wouldn't bring enough flavor to the party. A can of Solo Almond Filling would substitute for the brown sugar as an experiment.

Result: the flavor addition was terrific, but the warm sticky buns were too moist to eat neatly out of hand. We were polite and used forks, at least at first, and no one complained about the flavor or the messy fingers.


This almond filling substitution still needs some tweaking, but it's definitely worth working on... after we deal with the nine-bun pan that still remains uneaten.

Two varieties of Frittata Muffins provided some tasty protein choices. Note: These mini frittatas were prepared earlier and went directly from fridge to a 375 F oven, requiring an extra 8 minutes of cooking time to set the centers, roughly 23 minutes in total. 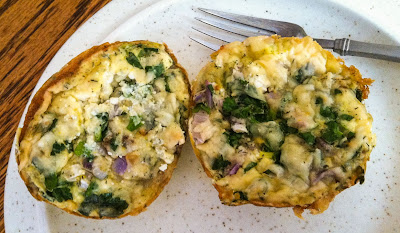 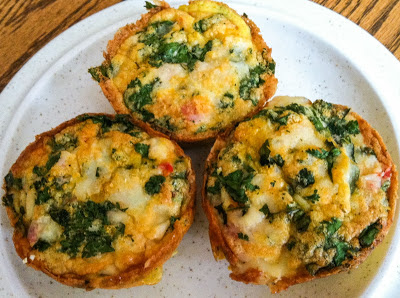 The fresh strawberries were colorful but too lacking in sweetness and berry taste to serve them as is. Cut green grapes, a handful of shredded fresh mint and a quarter cup of our favorite Minty Honey Lime Sauce took care of that concern. Presto! a fresh fruit salad with flavor. Add a bowl of fresh, local cherries, a plater of warm Canadian bacon and brunch was complete. 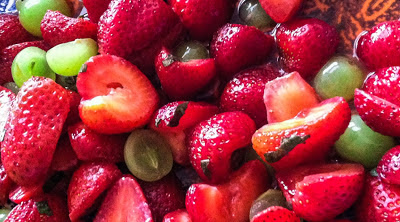 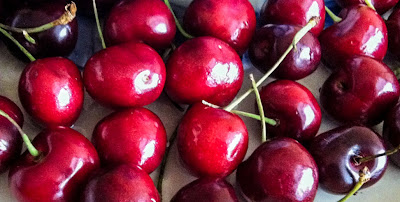 We all enjoyed the menu, but the best part of today's brunch was the company we shared it with.