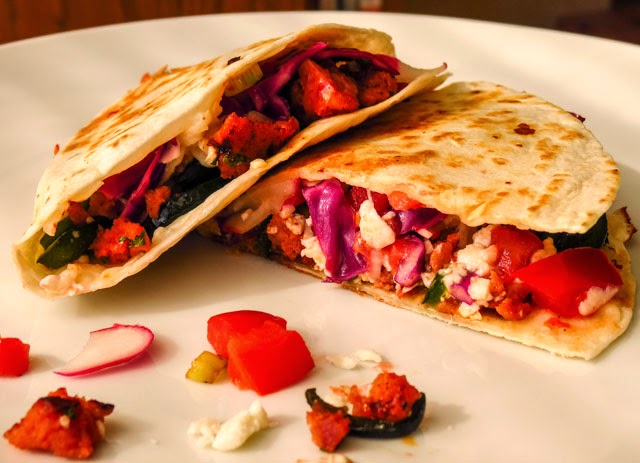 This combination of flavors was over-the-top delicious, a guaranteed two-thumbs-up hit with that combination of ingredients. It was mid-week, the refrigerator held a variety of produce, an impressive collection of condiments in bottles, and a few other assorted ingredients, but I had no idea of what to make for lunch. 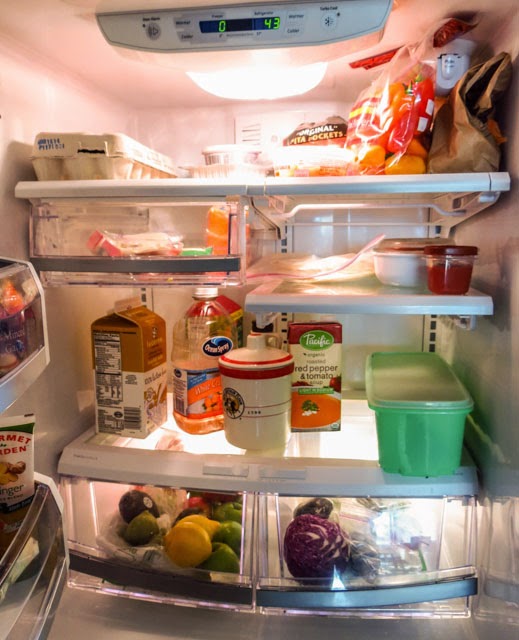 When in doubt, it's easy to make a large entree salad or whip up something to fill a tortilla. I went the tortilla route. Red cabbage, poblano peppers and spring onions combined with a spicy, citrusy mayo-based sauce for a peppy coleslaw. RL did so many enthusiastic taste tests of the slaw that I had to banish him from the working side of the island... "Step away from the bowl!" 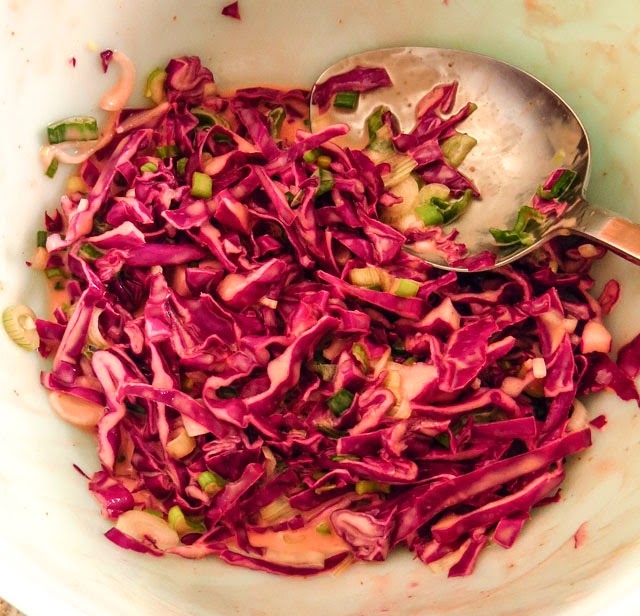 Chorizo, more poblano peppers and a hint of chipotle pepper created a filling that brought the taste buds to attention... in a good way. We both love spicy heat but I don't want to kill off any taste buds along the way. 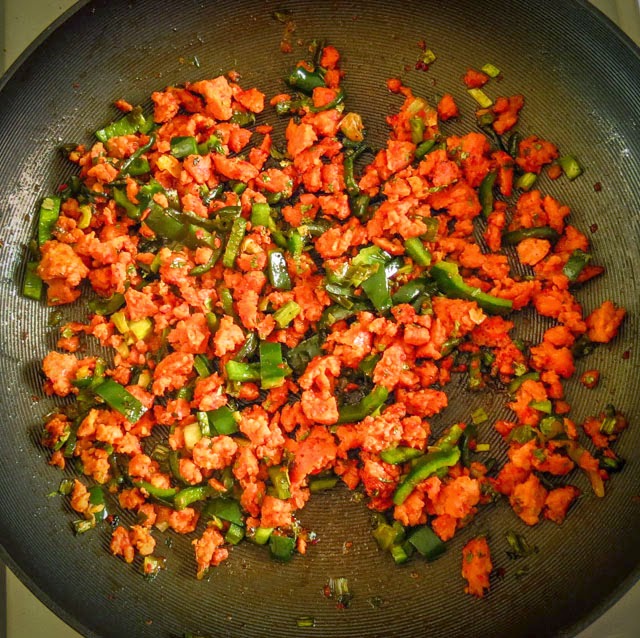 Warm a tortilla enough so it won't crack when folded; cover half with layers of slaw, chorizo filling, grated cheese and fresh vegetables; fold and heat on both sides in a dry skillet until lightly browned and presto! you've got a great what-to-eat-for-lunch solution. 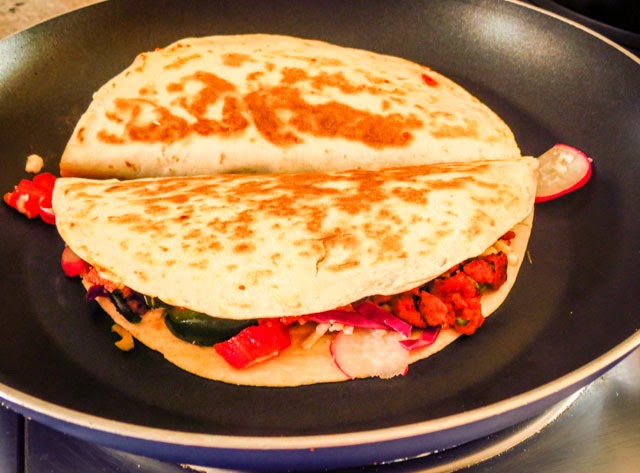 Chorizo Poblano Quesadillas with Lime Sriracha Slaw
serves 2 to 4, depending on appetite size 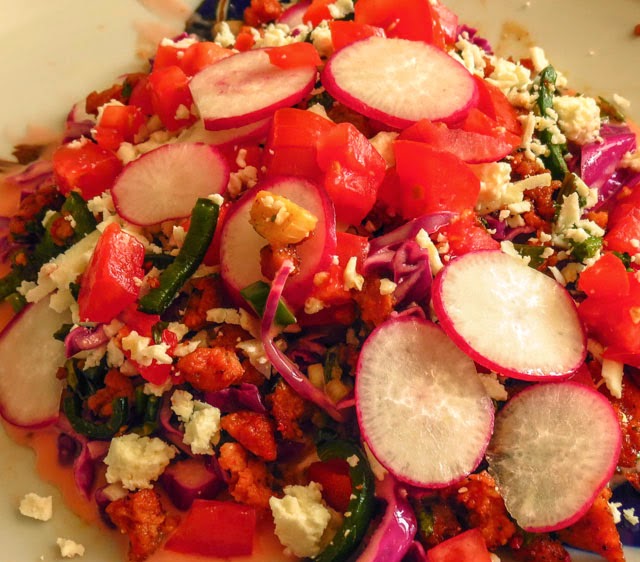 Notes:
I love to top quesadillas with a dollop of sour cream and a scattering of avocado chunks; RL prefers his without extra toppings.
I cut my quesadilla in half and eat it with my fingers like a sandwich. RL opens his up, redistributes the filling, usually adds some taco sauce, and eats his with knife and fork (see above photo).
What's your quesadilla style?