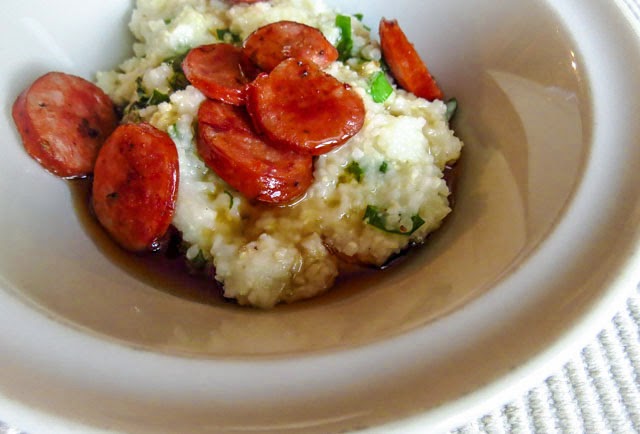 Are you a fan of grits, that coarse grained, stone ground corn most often associated with Southern cooking? I'm no Southerner, unless months afloat in SouthEast Alaska count, but I do love grits. Just serve me some grits, an indulgent bowlful of ooey gooey, creamy cheese grits; plain buttered grits, bacon and black pepper grits, cheesy grits, shrimp and grits, grits covered with a sausage gravy or a mushroom ragu... You get the idea, and what could be better on a cool, drizzly morning, than a heaping mound of grits for breakfast? Well, how about a pile of peppery cheese grits topped with a handful of spicy Andouille sausage coins? Add a swirl or two of warmed maple syrup, just because.

That bowlful of heaven can make me forget any dreary weather outside the raindrop-streaked kitchen windows. Cheese Grits plus Andouille can fuel both body and soul, whether I head out for an adventure, or plan to hang out inside, curled up under a blanket in a comfy chair, reading and listening to the rain. 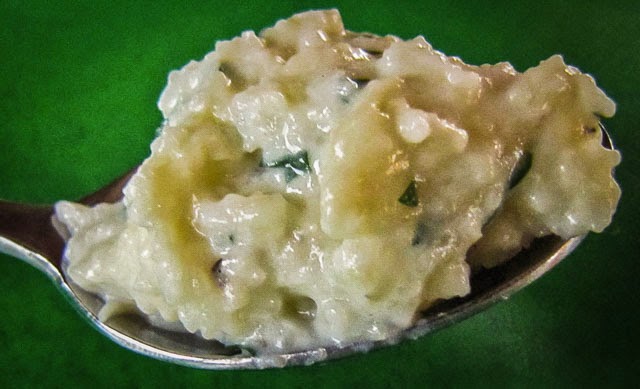 To make the grits:
Use a heavy bottomed 3-quart pot and bring the chicken stock to a boil over medium-high heat. Add the milk, then slowly whisk in the grits. When the grits begin to bubble, reduce the heat to medium-low and simmer, stirring frequently with a wooden spoon so the grits don't stick and scorch. Cook according to the package directions, or until the mixture is smooth and thick (simmered about 35 minutes on my stovetop using the Charleston grits shown below).

Remove from heat and stir in the cream, butter, cheese and green onions; season with salt and pepper to taste. Add more milk or cream as desired for looser grits; they will set up and thicken a bit as they stand.

Topping:
1/2 link of Hempler's Andouille sausage per serving, sliced into thick coins and seared in a hot skillet until heated through, releasing the fat. Remove with a slotted spoon and add to each bowl of warm grits.

Note: Accompany with a variety of hot sauces for those, like RL, who doses everything with a shot of green Tabasco, or Cajun Sunshine, or Sriracha, etc.

*I prefer coarse, stone ground grits, but when pressed for time I've turned to Albers quick-cooking grits for good results in under 10 minutes. That's Albers Quick Cook, NOT instant grits which turn out as mushy and tasteless as wallpaper paste, or what I imagine wallpaper paste would taste like if I ate any, which I haven't. Maybe less unpalatable than poi, which I have tasted and now avoid? Not even as tasty as the jarred white paste we nibbled on in kindergarten? Now I'm off topic - sorry.  The point is, I want my grits to have some definite corn flavor and a little crunchy texture in each bite. 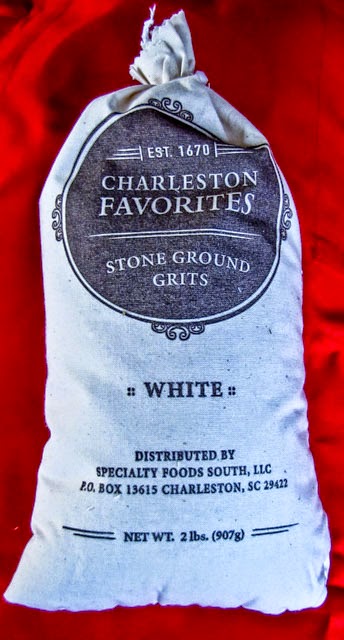