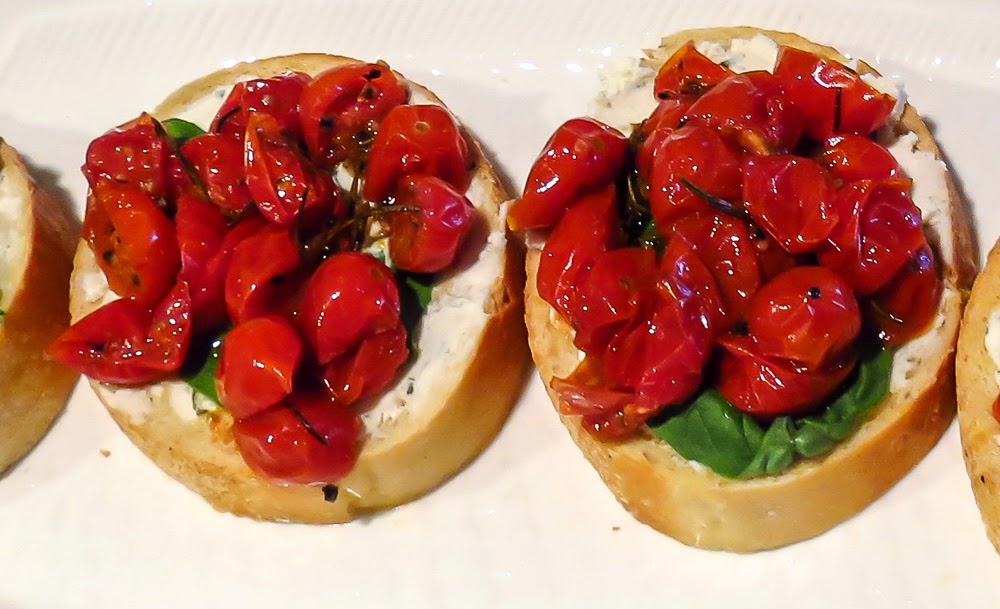 Roasted tomatoes. How can something so simple taste so surprisingly good?! and why have I ignored this preparation for so long?! Whether you choose to roast Romas or select mini tomatoes instead, the results will be delicious... sweet, somewhat sticky and intensely flavorful. This is not a new idea, similar recipes have been around for ages. However it took a quart container of very ripe cherry tomatoes and a library copy of David Lebovitz's 2014 cookbook, In My Paris Kitchen, to bring this recipe into my kitchen this week. 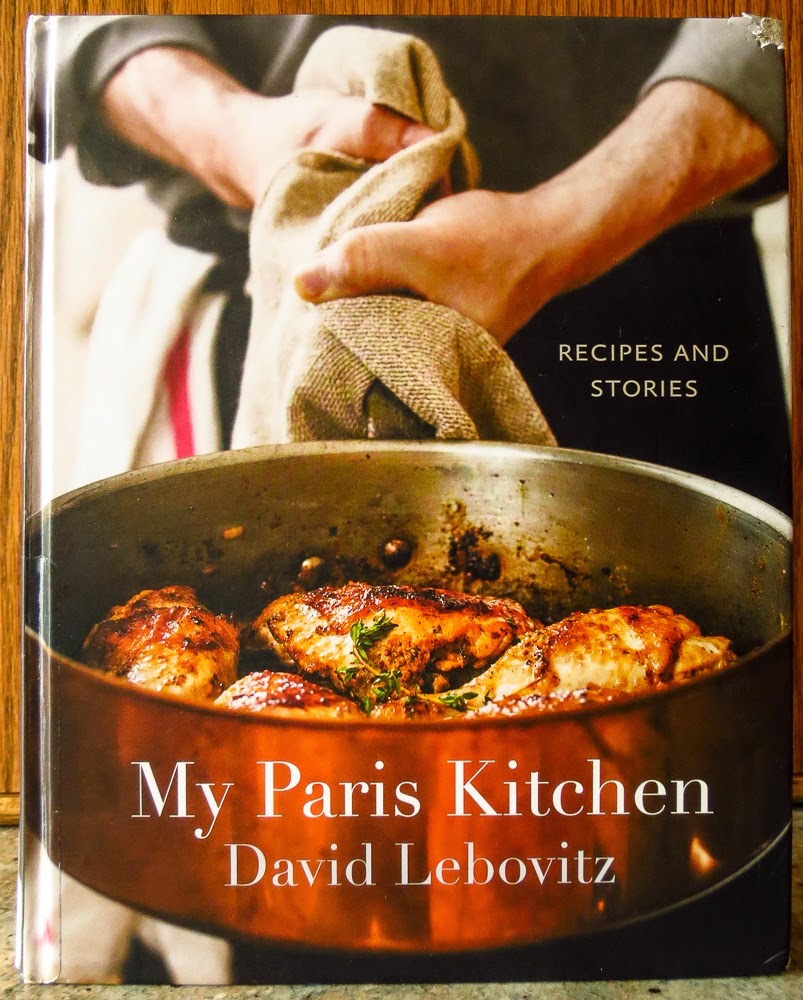 Not that Martha, Ina, Jamie, Saveur, Food & Wine and a gazillion other sites (actually 2.27 million Google entries) don't provide tempting versions of the same dish, but Leibovitz's entertaining style and the beautiful photos drew me in. Just look at his gorgeous crostini! 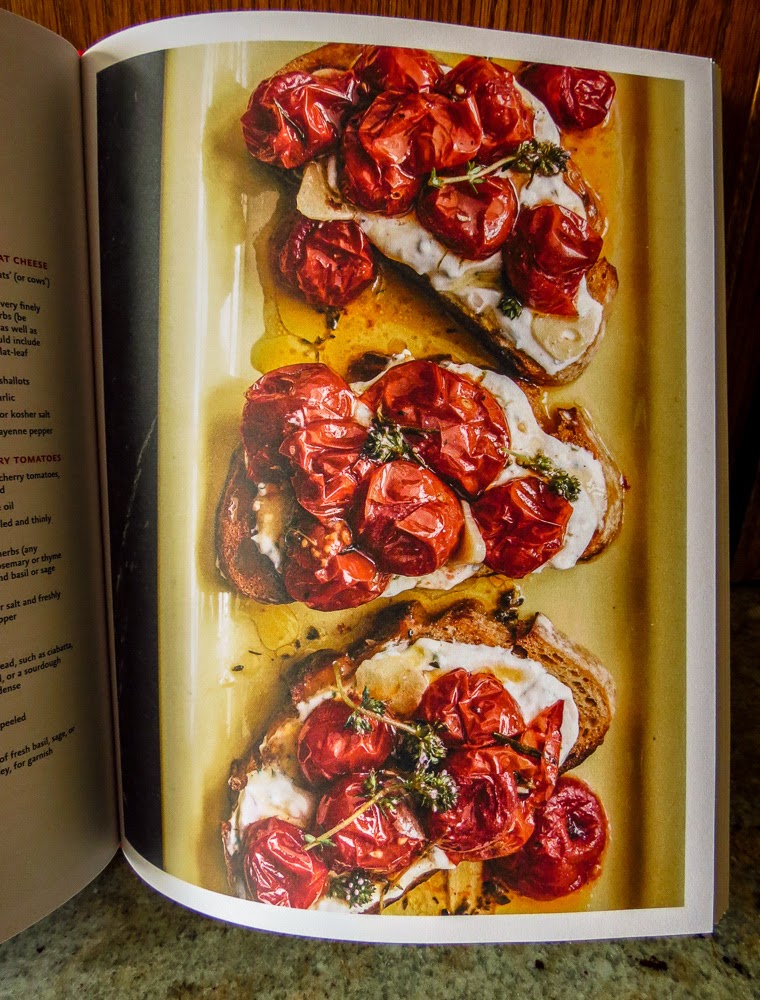 The dish is so simple that it doesn't need a lengthy set of directions. The short version is:

See... simple. Roasting concentrates the tomatoey essence, transforming even imported winter hothouse tomatoes into richly-aromatic flavor bombs. Can you tell, we loved them!? 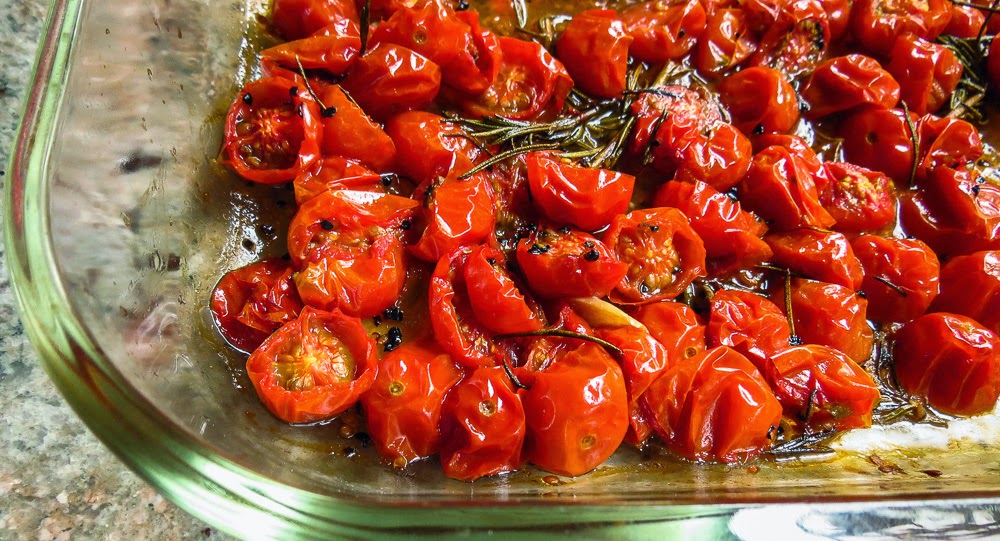 Preheat the oven to 375 F. Arrange cherry tomatoes, olive oil, garlic and herbs in a 9x13 baking dish, or any other just large enough hold them in snuggled in a single layer. Season with salt and pepper, toss to mix well, and spread them out again into a single layer.

Place in the oven and roast for 40-45 minutes, remembering to stir occasionally, until the tomato halves wilt and release their juices, roughly 45 minutes. The juices will begin to thicken and turn golden in the bottom of the baking dish. Remove from the oven and let cool to room temperature. Lebovitz notes the tomatoes can sit up to 8 hours, and actually improve in flavor as marinate in their own juices. 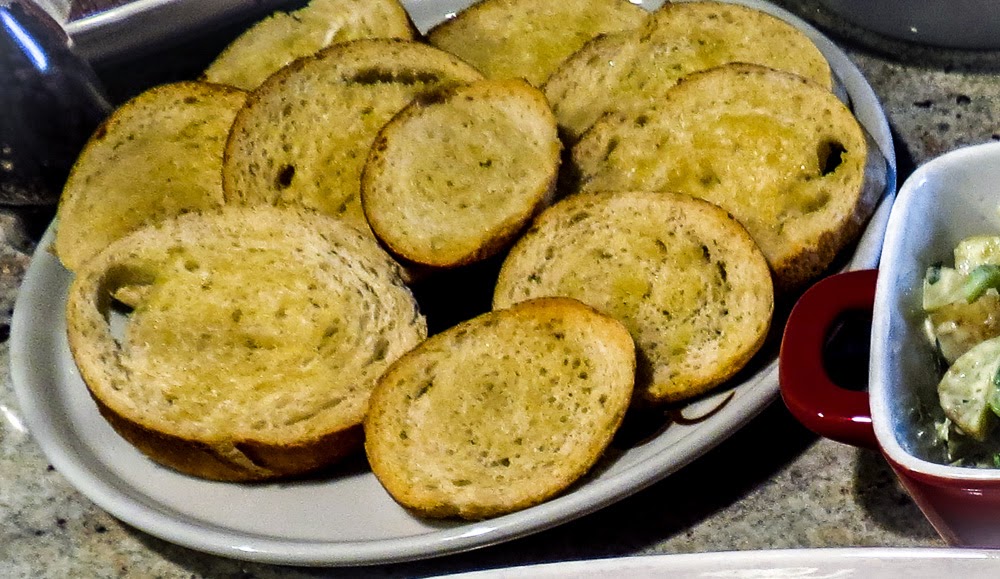 Preheat the oven to 350 F. Brush both sides of the bread lightly with olive oil. Place on a baking sheet and toast until just golden brown. Remove from the oven and rub generously with the cut side of the garlic cloves. Cool to room temperature.

To assemble:
Slather each crostini with some Boursin cheese, or herb-flavored cream cheese. Spoon the tomatoes and their juices over the toasts. Garnish with sprigs of fresh herbs and/or fresh basil leaves. 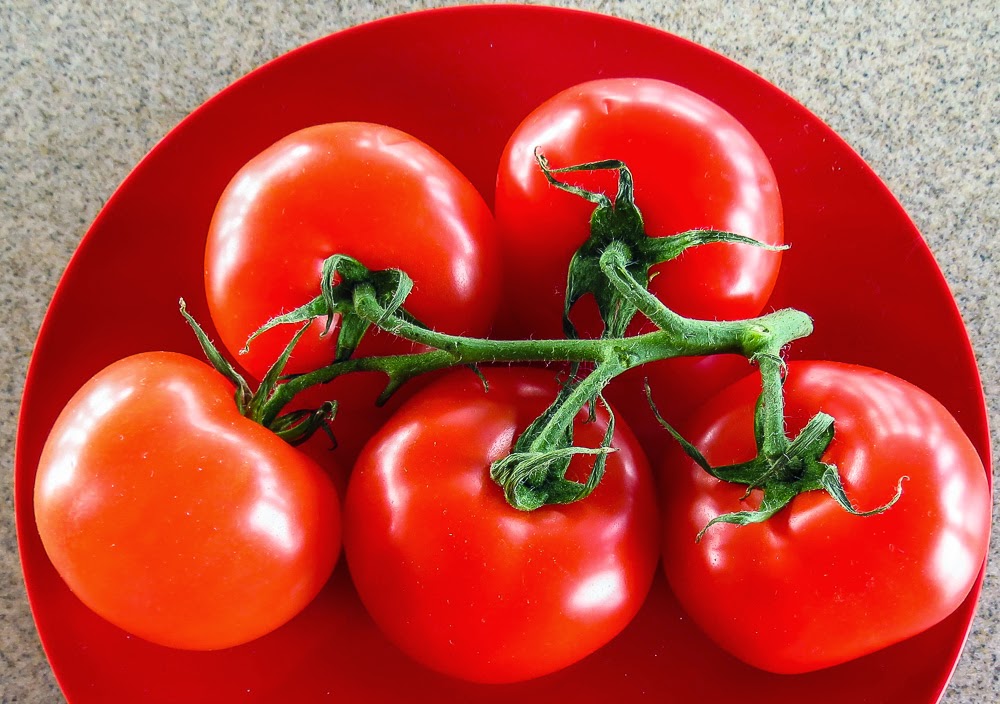