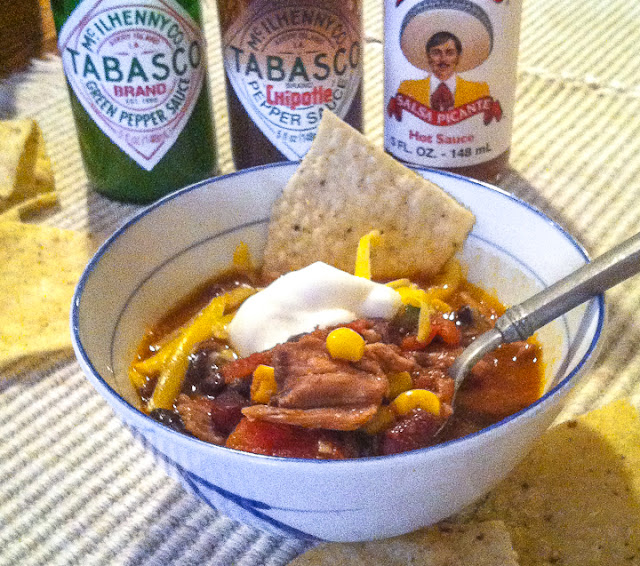 Power outage?!? here in Seattle? Yes, indeed. Forecasters have broadcast warnings across the Pacific Northwest, warning residents to brace for some really ugly weather in the next several days, with an approaching series of three storms holding the potential for high winds and widespread power outages. While not as extreme as the recent hurricane warnings along the East Coast, these storms might be historic for our region... maybe...  Those warnings sent me to the freezer to see what might spoil during an extended electrical outage. Luckily the freezer was fairly empty, a rarity around here.

Several packages of Mexican chorizo and some pork neck bones prompted this freeform batch of pork chili which utilized random pantry ingredients already on hand. Chili will be easy to reheat using a propane single-burner or even on the barbecue in case of a power outage, or can be packaged into quart containers to freeze if we don't lose power. It feels like a win-win solution, but I really hope the forecasters get it wrong. RL really hopes he's not the one outside on the deck trying to keep the barbecue lit.

We sampled the chili last night, adjusting spicy heat and flavors to please both of us, and declared the recipe a keeper. It will undoubtedly be even more flavorful tomorrow after the beans soak up more broth and the flavors blend overnight. A few scrap paper jottings noted the ingredients and quantities I tossed into the pot, so there is a chance of repeating the recipe... maybe. Ah, but I do like to tinker with ingredients and flavors in each new batch of chili, don't you? 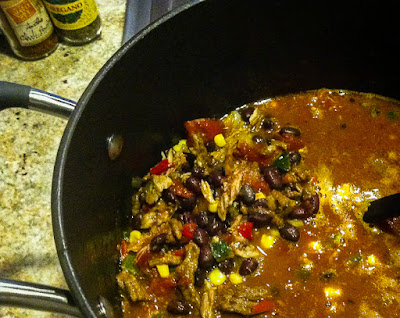 (recipe adjusted for a smaller batch) 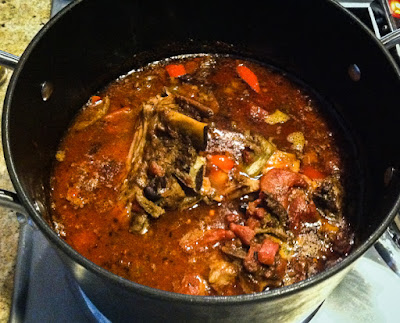 Use a heavy-bottomed kettle and brown the chorizo over medium heat; remove from the pan, drain the grease and set aside. Wipe out the pan to remove the spicy chorizo grease. Add oil to the pan and saute the onion, peppers and garlic. Add the seasonings, cumin through chile powder, and cook until fragrant. Return the chorizo to the pan; add tomatoes, pork neck bones and enough chicken broth to cover. Bring to a boil, then lower heat and cook partially covered at a low simmer until the pork is ready to fall off the bones (about 2-1/2 hours). 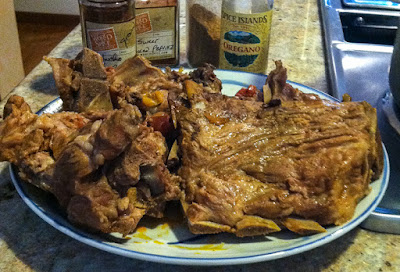 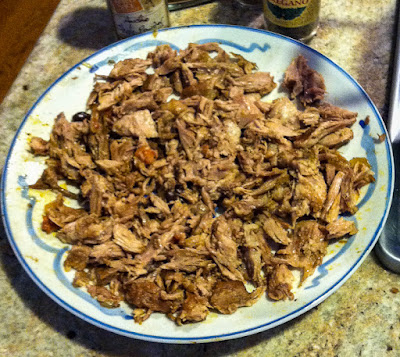 Remove the neck bones from the pot; let sit until cool enough to handle and pull the meat from the bones. Discard bones, rubbery fat, tendons and other strange-textured bits. This yielded about 2 cups of meat to add back into the pot. 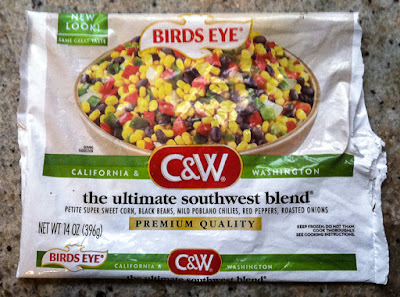 Add the shredded pork, the 2 additional cans of drained & rinsed black beans, a package of frozen Southwest Blend frozen vegetables and 1/4 cup of juice from pickled jalapeno peppersj back into the pot. Cook over medium-low heat to warm through. Taste and adjust seasonings to suit; add more chicken broth if needed to adjust consistency. RL will reach for the salt and a bottle of hot sauce... always... guaranteed.