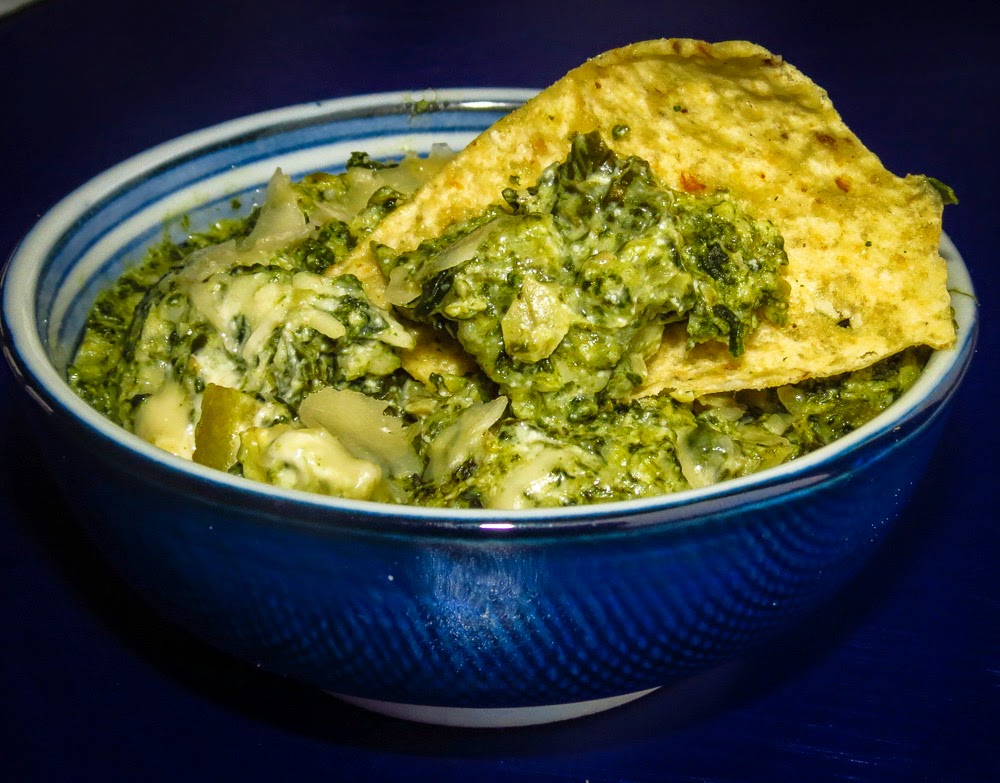 It all began with a well-traveled 1-pound bag of frozen spinach... seriously, well traveled. The label read "European Spinach" although it was packaged in China. I purchased it in British Columbia, stored it in the bottom freezer drawer throughout our 2000 nautical mile cruise in southeast Alaska, returned it to B.C. and finally thawed it out this week. Packaged in China? what was I thinking?! Likely I was in a last-minute provisioning rush and didn't pay attention to place of origin when purchasing.

One pound is a lot of squishy, defrosted spinach; far too much of that healthy green vegetable to fill a dozen mushroom caps, stuff a few chicken breasts or even fold inside spanakopita. Spinach smoothies wouldn't be popular with RL for breakfast, neither would spinach quiche, spinach omelettes or a frittata. I searched the galley for inspiration, struggling to resist the temptation to quietly dispose of the bag and move on. Why had I even brought frozen spinach on board?!

A quick tour of the galley turned up a block of cream cheese, a smidgen of sour cream, a carton of Parmesan shreds, several green onions, one tall tin of artichoke hearts, a can of whole green chiles, one large lemon, a handful of garlic and a pocket-sized bottle of green Tabasco sauce. Aha! that old standby spinach dip... or a riff on my favorite Costco artichoke and jalapeno dip... or some combination of the two. I went with the combination impulse.

Layer most of the above items in the food processor, pulse to combine, taste and adjust. Let the machine do the work and focus on the taste testing. The fun came at the end when it was time to adjust the texture and play around with flavors. This version of spinach dip rated two thumbs up served cold with raw vegetables and crackers, but really drew raves after being heated in the microwave. YUM!

Drat! I still had too much of a spinachy good thing for the two of us to enjoy as an appetizer snack. Fast forward to the next day (and my next post) when this versatile Spinach Dip morphed into Spinach Pesto Pasta. 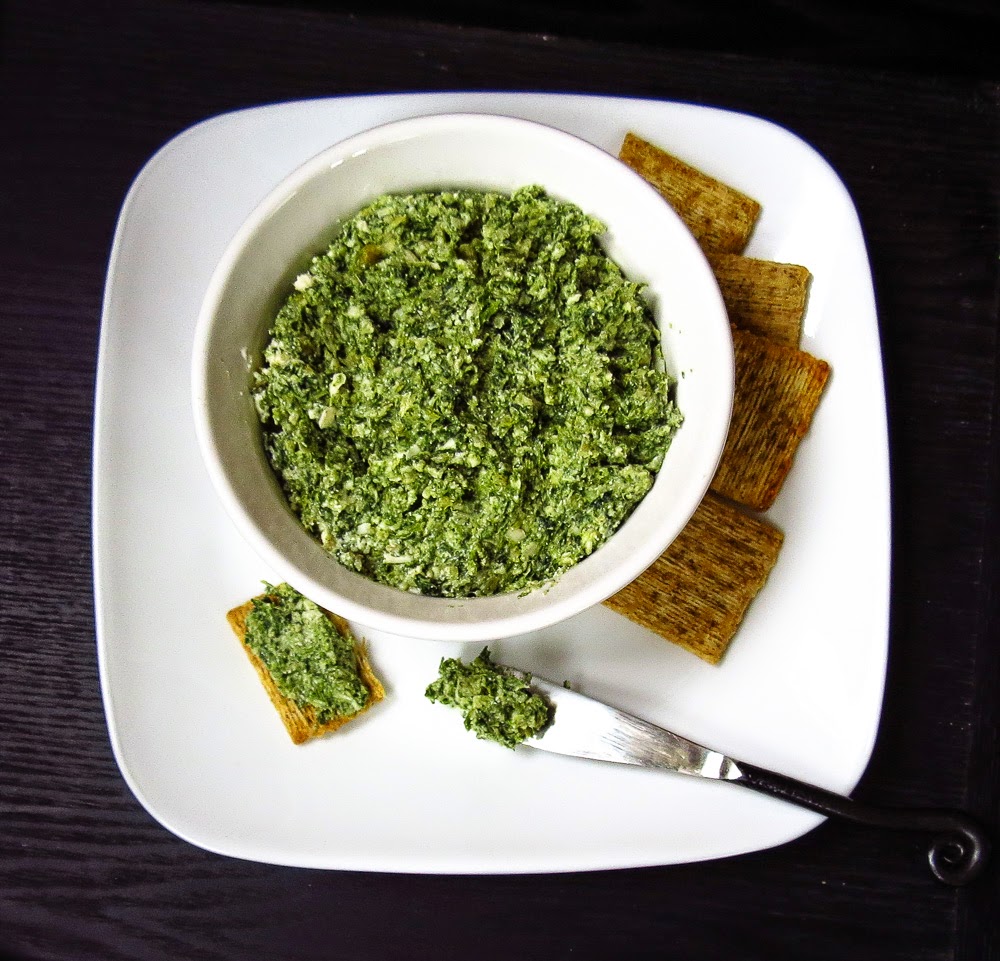 Toss everything into a large food processor bowl. Pulse repeatedly to incorporate; pausing occasionally to scrape down the sides.
Transfer to a heatproof serving container. Warm briefly in a microwave or heat in a 350 F oven until bubbly, about 20 minutes.  Or serve chilled or at room temperature.