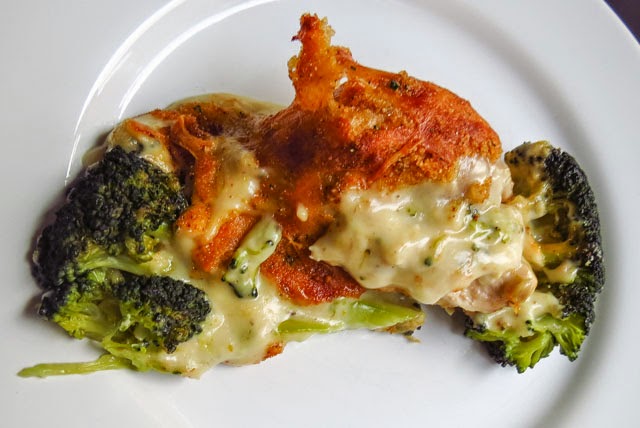 Dust from a recent construction project sneakily infiltrated every nook and cranny throughout the house, so Spring cleaning included a lot more territory than usual this year. I left the kitchen cabinets until the end, uppers and lowers including several enclosed bookshelves. The bookshelves certainly made it seem more like playtime instead of a dreaded chore. I rediscovered a few treasures, books I hadn't cooked from or even read through in a long time. Waves of memories flooded over me when I pulled a well-used, spiral-bound, 1974 cookbook off a top shelf where it had rested, out of sight, for ages. Giggles followed after I scanned the title and cover photos: Get It On In The Kitchen pictures a variety of produce, seafood and one braided loaf tastefully draped over a naked female form. Oh yes, I definitely remember that book.

Local PNW authors John Lysaker and Ray Gorder note they designed the book for people who like to entertain,


"the kind of folks who enjoy feeding their friends and who tend to end up talking and laughing in the kitchen."

Don't most good gatherings end up in the kitchen? The authors included recipes from both locals and friends across North America, plus over 100 recipes from some interesting notables of the era... an eclectic group of contributors. Casual entertaining may have changed a bit in the past 40 years, but recipe ingredients and descriptive commentary have changed far more. Quinoa, arugula, sriracha, umami and gluten-free baking were not mentioned in any of the recipes, not even once.

Knowing that I write all over my cookbooks I flipped to the index at the back of the book where dozens of recipe titles highlighted with my yellow magic marker vied for attention.  Score! the one that really stood out was a homestyle version of Chicken Divan, an American classic said to be invented in the 1930's at Manhattan's Divan Parisien Restaurant. Oh my, that dish has appeared at so many meals over the years that I can't remember when I last referred to the written recipe. Today more health-focused cooks might prepare a proper Mornay sauce with mushrooms instead of preparing the canned soup/mayo version noted below, but this casserole was a major hit "back in the day."

It's dated but Chicken-Broccoli Casserole still comes in handy after a chilly, rainy day of fishing in a small open boat in SE Alaska. We welcome a quick, tasty meal upon return to the big boat... comfort food, right now, please!

Here's the process in photos:

Poach the chicken breasts in lightly salted water; remove skin and bones. Set aside to cool. (OR use breasts and thighs from a precooked deli chicken.)

Preheat the oven to 350 degrees F.

In a small bowl mix together the soup, mayonnaise, lemon juice, curry and cayenne (if using).

Place broccoli into a shallow casserole with flowery tops on the outside, stems arranged to the middle. Line chicken breasts in a row down the center of the casserole over the broccoli stems.

Pour or spoon the sauce over the chicken, but leave the broccoli tops uncovered. (You will have sauce left over to use on another casserole or with vegetables & rice.) Sprinkle the grated cheese over the sauce. Sprinkle the bread crumbs over the cheese. Bake in a preheated 350 degree F oven until warmed through and the cheese topping begins to bubble and brown, approximately 20 to 30 minutes. (Adjust time according to the degree of crunchiness desired for the cheese topping.)