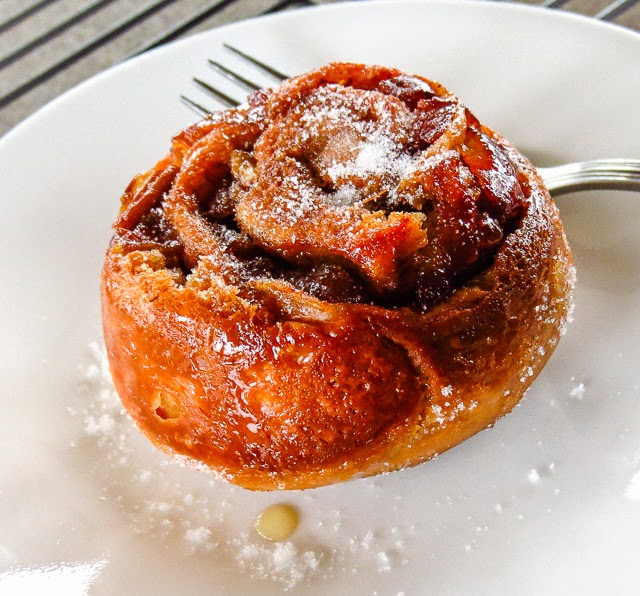 Go ahead, take a bite. Mentally savor the first mouthful of this apple-filled roll; imagine the taste, the tangy notes of citrus, the crunch of the pecans. Now inhale, mmmmmmm! the aroma alone is delectable.

We've been back aboard for more than a week, keeping busy with boat projects and Spring outfitting and consuming interesting (okay, boring) quick-fix meals. I did bake some sour cherry rye bread (link) last week, but it was definitely time to bake some sweet treats for the Capt. With only two days left to add a recipe to #TwelveLoaves for the April theme of Oranges, the pressure was on to create something suitably orangey. Guilt entered the picture as well. It's been over a week since dock neighbor Dave inquired about sampling some baked goods, looking hopefully in my direction whenever I passed by. But wait a minute, who needs an excuse to bake? Not me, not really. 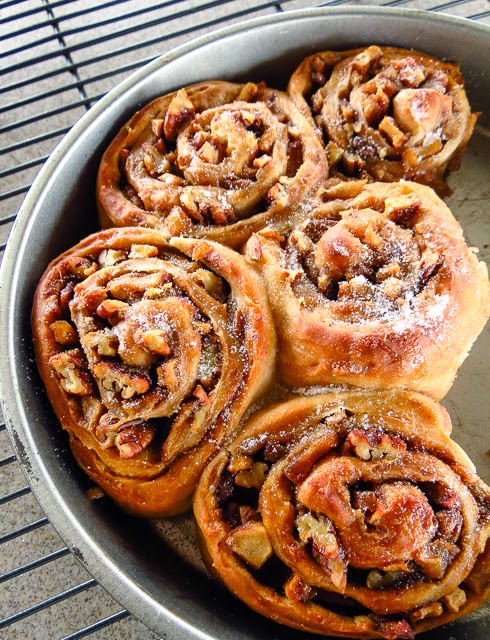 I'm not crazy wild about sweets, so a fruit-filled something was an obvious choice. I could have jazzed up our old standby, Awesome Sticky Buns, a long-time favorite of family and friends, but that felt like cheating on the #TwelveLoaves challenge. Instead I took the opportunity to adapt a new-to-me sweet dough recipe for rolled buns using Canola oil instead of butter. Thank you, PioneerWoman for the recipe suggestion. I had w-a-y too many apples left from Saturday's purchase at the Coombs Country Market, so today's filling had to include diced apples. eCurry's riff on the PioneerWoman recipe provided inspiration as well. Ginger, orange juice plus zest, and star anise joined the party for flavor, and I was ready to roll.

Well, almost ready to roll; I had started too late in the evening to finish before midnight. Oops! I settled for preparing the apple filling and the dough, popping both in the fridge and heading for bed. The dough came out of the refrigerator at 6:00 the next morning and in my chilly galley took a little over an hour to warm up, soften up, and agree to roll out.

Note to self: This solution was more tedious than it would have been to finish the assembly and then refrigerate the filled pans.

No matter, the result was worth the extra fiddling. These rolls were both different and delicious. RL stated for the record that he missed the ooey-gooey syrup of a traditional sticky bun, but compared this recipe favorably to a more traditional cinnamon roll. He ate two rolls after breakfast,  a sure sign of approval. 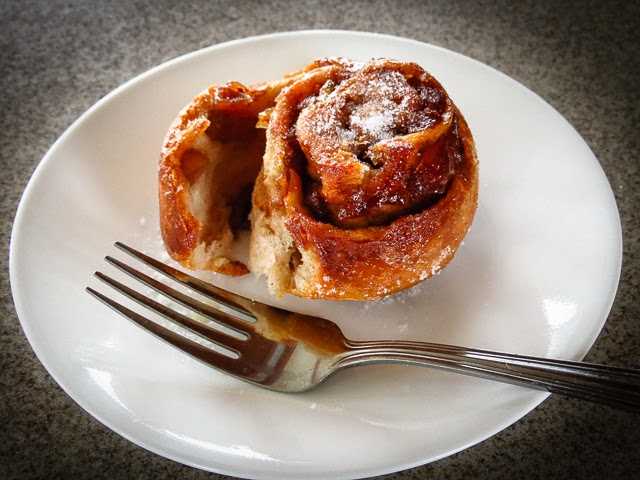 I shared a plate of rolls fresh from the oven with neighbor Dave and his Way West crew. He came by later, to say "Thank you," and admitted to eating two while they were still warm. When pressed for a taste critique, he repeated "Delicious... delicious", and had no suggestions for improvement.

The recipe is a keeper, and invites experimentation.  Smaller, individual bites baked in small muffin tins might star at a brunch buffet. Other fruit and nut combinations come to mind. Frosting drizzles would add another layer of sweetness for anyone craving sweets. But for today, Orange Spiced Apple Rolls were perfect as is, thank you. 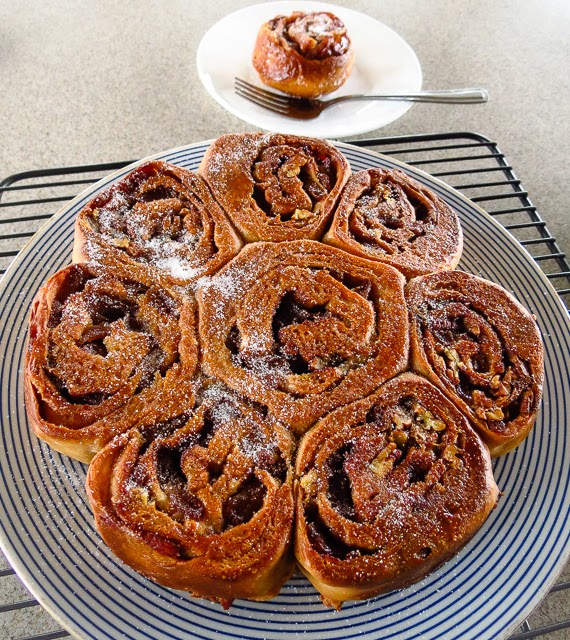 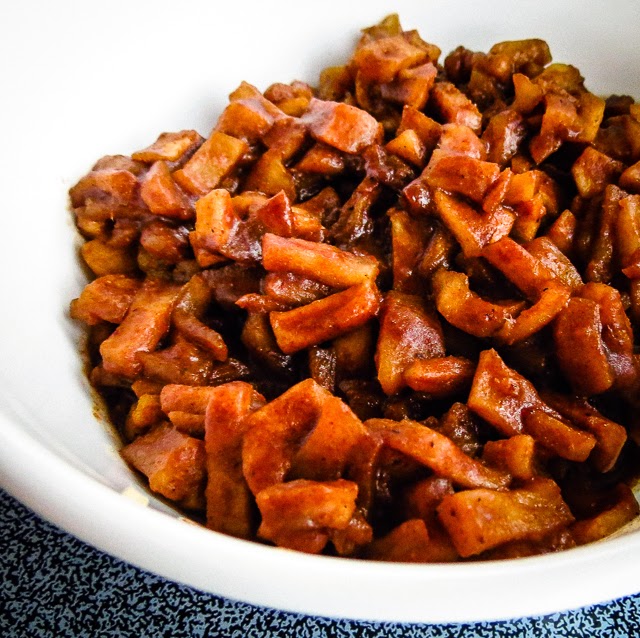